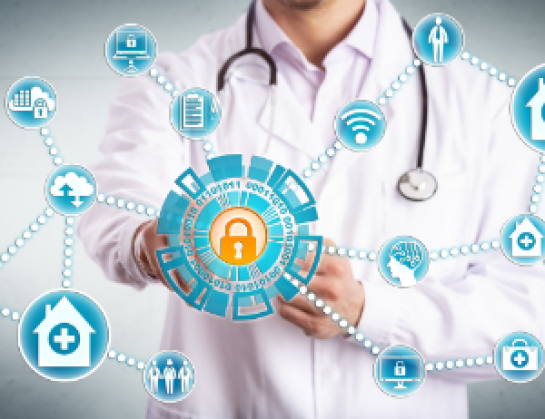 In December 2016, the House passed the 21st Century Cures Act: Interoperability, Information Blocking, and the ONC IT Health Certification Program, a piece of bipartisan legislation designed to accelerate the development and regulatory appeal of medical innovation. In addition to encouraging medical research, the law pushed for healthcare interoperability, promoting safe, effective sharing of medical information between providers, patients, and other stakeholders.

Since the passage of the 21st Century Cures Act, the Centers for Medicare & Medicaid Services (CMS) has advocated for increased interoperability and easier access to health records, but until recently, there were only vague suggestions. That all changed on February 11, 2019, when CMS and the Office of the National Coordinator for Health Information Technology (ONC) released complementary proposed rules on information blocking and interoperability, laying the groundwork for a series of major changes.

The proposed rules illustrate a future where patients can easily access their private medical information and share it across providers, hassle-free. However, many professional organizations, including the Health Innovation Alliance and the American Association of Family Physicians argue that while these proposals are a step in the right direction, they will cause confusion and ultimately, represent an overreach of the ONC’s authority.

If many healthcare providers are already working to increase interoperability, why are these new rule proposals needed? The answer, it seems, is speed. CMS argues in the rule’s preamble that progress on interoperability “needs to be accelerated,” noting that barriers like a lack of unique patient identifiers or standard interface technologies put patient privacy at risk.

To address these issues, the proposed rules lay out six specific objectives:

After releasing the new rules, CMS & ONP established a 60-day public comment period, allowing providers and payers to respond with their opinions and insights.

Potential Strengths of the ONC and CMS’ Proposed Rules

Professional opinion on the CMS & ONP proposals is mixed, but most providers and payers agree change must occur to increase interoperability, data safety, and patient privacy. The ONP and CMS proposals make an array of suggestions, but we’ll focus on three, in particular: information blocking, a transition to APIs, and a Trusted Exchange Framework.

Second, the proposed rules encourage a transition to APIs. Currently, the majority of medical information is housed in silos. If a doctor or patient wants to access information from various databases, they must do so manually, which is a time-intensive process. API technology enables different types of software to integrate and communicate with one another, speeding up the records-retrieval process. API access is already transforming the industry; since AllScripts opened API access to EHRs the company witnessed nearly 6.5 billion total data transactions.

Potential Weaknesses of the ONC and CMS’ Proposed Rule

As far as potential weaknesses go, some providers worry about the definition of Reasonable and Non Discriminatory (RAND) terms. Under the proposed rules, software manufacturers would be required to license nearly every solution they develop, a process that’s both time-consuming and costly. The proposed cost recovery exception could also stifle innovation and discourage investors.

Some professional organizations also worry the ONC’s focus on APIs may be misplaced. As we mentioned earlier, these networks are incredibly helpful but aren’t the right solution for every situation. Some EHR experts argue it’s better to take a slow and experimental approach than to implement APIs across the board and ask questions later.

Another potential downside is the time provided to implement these changes. HHS released its proposals over a year after the original deadline it set for itself, putting extra pressure on software developers and the providers who use their products to comply with these proposals.

The Interoperability Rule: What To Expect Moving Forward

The public comment period for ONC’s and CMS’ proposed rules closed on June 3, but the discussion is long from over.

Dr. William Rich, the American Academy of Ophthalmology’s medical director of health policy, is particularly concerned about the exceptions for information blocking, noting “we totally, totally agree that the exceptions in this proposed rule leave so many loopholes, we’re not sure that they actually do anything to help with interoperability at all. They have to be pulled back and redone.”

Small clinics and rural health systems are also concerned. Tate Erlinger, vice president of clinical informatics at Ascension, speaking at a briefing held by The Healthcare Leadership Council noted that “small physician practices really don’t have the resources to absorb some of the suggestions.”

The American Academy of Family Physicians (AAFP) agrees that improving the electronic exchange of health information is necessary, but small and rural hospitals may struggle to keep up, “given the current state of infrastructure and standardization in this area, the implementation by many of the hospitals will not have good usability for physicians.”

CMS and the ONP’s proposed interoperability rule changes make significant progress toward data sharing, interoperability, and whole-person care, but also leave plenty of unanswered questions and concerns. We’ll continue to follow this story as it develops in the coming months.