Improving Outcomes by Changing the Way Care Is Delivered 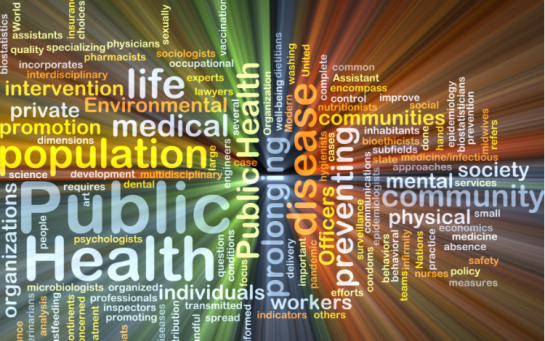 Approximately one out of every five Americans rely on Medicaid for their access to healthcare resources. This works out to about 70 million people, many of whom belong to vulnerable populations or face other serious challenges. What resources these individuals can access and how those resources are delivered is critical to their chances of achieving positive long-term outcomes. However, different communities face different challenges and so there is no one-size-fits-all solution for service delivery systems.

Section 1115 Medicaid Demonstration Waivers are specifically designed to provide state Medicaid programs the opportunity to test new programs or delivery models that are not traditionally covered by Medicaid, but which have the potential to improve care. One specific type of Section 1115 waivers, which have been implemented by more than a dozen states, are called Delivery System Reform Incentive Payment, or DSRIP.

The primary focus of any DSRIP initiative is to reform how health and human services resources are being provided to individual patients in order to achieve the Triple Aim goals of improving patient experiences, improving population health, and reducing per capita costs. In order to achieve these goals, DSRIP programs generally include a restructuring of Medicaid funding to a pay-for-performance model which allows providers to earn incentives above the established capitation rates when they achieve certain milestones or satisfy success metrics. These waivers may also include a variety of innovative strategies to improve the health of Medicaid beneficiaries. While there are many DSRIP programs operating across the country, we wanted to highlight just a few.

The Rhode Island Health System Transformation Project was given CMS approval in October of 2016 under a Section 1115a waiver. This program was developed in partnership with the State Innovation Model (SIM) that is intended to improve the population health through reforming healthcare payments, addressing the Social Determinants of Health, and promoting data sharing.

The DSRIP funded piece of Rhode Island’s SIM initiative includes a unique partnership with three institutions of higher education and the Department of Labor and Training. The goal of this partnership is to improve healthcare education, which will, in turn, expand healthcare access to Medicaid beneficiaries by increasing the number of highly qualified healthcare professionals.

A second, more traditional, piece of Rhode Island’s DSRIP plan is designed to encourage providers to transition from a fee-for-service model to a value-based managed care model where they can earn incentives by achieving quality milestones.

Nearly 20% of the individuals who are enrolled in the New Hampshire Medicaid Program suffer from either a mental health condition or substance use disorder. To address this growing crisis, New Hampshire Medicaid is using a Section 1115 DSRIP waiver to completely redesign how care is delivered to Medicaid beneficiaries. The core of their new approach is care coordination, with 350 different organizations working together to identify and address mental health challenges, social service barriers, physical health needs, or substance use disorders among Medicaid enrollees. The goal of this coordination is to decrease emergency room usage and hospital admissions while improving the overall health of the population.

Because client needs and effective strategies vary from community to community, these reforms are not managed at a statewide level. Instead, the state is divided into seven different regions that are each developing community specific projects. These initiatives include expanding intensive substance use disorder treatment programs, integrating treatment for co-occurring disorders, and enhancing care coordination.

Staten Island, New York has a population of over 450,000 people, roughly 40% of whom qualify for services through one or more of the community’s eleven different DSRIP initiatives.

Each of these DSRIP programs are designed to address different needs, but several of them share common goals such as empowering individuals to take ownership of their own care. In one initiative, the SI CARES program has created a series of patient empowerment videos that are intended to educate individuals on topics such as primary care resources, pharmacies, hospital and emergency department usage, and basic needs such as healthy food. The video series is designed with Medicaid beneficiaries in mind, but is made available to anyone who is interested. Another initiative is specifically designed to empower Type II Diabetes patients to take charge of their own health. A six-week class is taught to small groups, usually ten or fifteen people, and covers topics such as healthy eating, exercise, symptom management, and creating short term goals. Though the curriculum was developed by healthcare professionals, the instructors are typically not trained medical professionals. They are, however, usually individuals who suffer from Type II Diabetes.

A second goal of the Staten Island DSRIP programs is to better integrate primary care with behavioral health. For example, behavioral health partners are incorporating medical assessments into their regular practice procedures in order to better coordinate care for all services. There is also an initiative to have primary care providers have more capability to provide comprehensive and continuous care by being officially recognized as Patient-Centered Medical Homes.

Each of these three examples have taken a completely different approach to their delivery system reform programs. However, each initiative shares the common goal of changing the way Medicaid services are delivered so that individuals and communities are given the best chance of improving long term health outcomes.