What are Social Determinants of Health? It Depends on Who You Ask 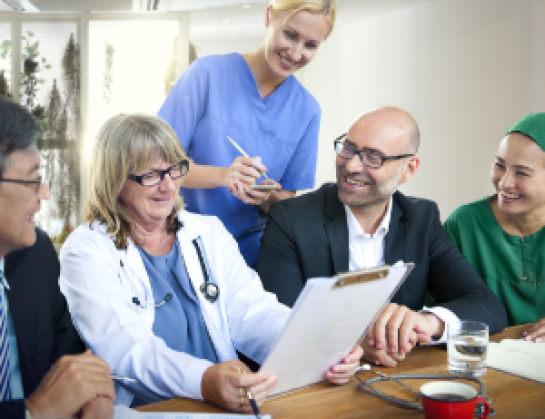 Whether it’s labeled welfare or public assistance, tax spending to alleviate poverty is steeped in a longstanding tangle of politics, social attitudes, and media perspectives. However, growing insight into addressing the Social Determinants of Health (SDoH) is key in delivering value-based social and medical services. It turns out that a big part of untangling SDoH relies on asking low-income service recipients what they think.

A study released earlier this year by the Anthem Public Policy Institute didn’t just look at SDoH, but also weighed the different perspectives of those who receive services, the media, and academic research. The study analyzed “large volumes” of text-based data, including individual posts from patients/recipients, news articles, and academic papers. The analysis found that individuals Indicate their immediate SDoH challenges are rooted in factors such as family support and access to providers.

Some 44 percent of social posts from those receiving social services said they need help to get access to healthcare providers—in other words, patient engagement. This was especially true among those in need of SDoH care coordination and who had been diagnosed with mental health issues, diabetes, and cancer.

Researchers and journalists, on the other hand, tended to focus on factors such as education, neighborhood, and income levels.

“While there has been a lot in the media and academic research on social determinants of health (SDoH), no one has ever compared the focus of that work with the perspectives of individuals who have chronic or acute conditions to determine whether their priorities are aligned,” Jennifer Kowalski, vice president of the Anthem Public Policy Institute, said in a statement.

“By better understanding how individuals view and talk about social determinants, payers and providers alike can identify new and improved ways to engage with them to more effectively improve their health and wellbeing and the delivery of healthcare,” she added.

An Opportunity for SDoH Data Improvement

To say that government efforts to fight poverty is a political minefield is an understatement. But regardless of politics, education, or social class, most seem to agree that historical government poverty strategies have been mostly ineffective. A 2016 poll conducted by The Los Angeles Times and the American Enterprise Institute found that 62 percent of people living below the poverty level and 79 percent of people living above the poverty line agreed that anti-poverty efforts have either had no impact or made things worse.

Such consensus indicates market opportunities for innovative solutions. As the healthcare delivery system moves away from fee-for-service (based on episodes for care, often in hospitals) to value-based care (keeping populations well and out of the hospital), SDoH data is emerging as the common denominator for change.

“Let’s start to answer these questions by looking at a few facts about our healthcare in this country,” said Joanne Lin, a principal at Newark Venture Partners, a venture capital firm whose areas of specialization include healthcare technology. “Clinical care is estimated to account for less than 20 percent of what affects a person’s overall health outcome.” She added that the majority is traceable, rather, to SDoH factors. Despite this, most of the $3.5 trillion in annual U.S. healthcare spending is in the clinical setting.

But in 2017, about a third of healthcare payments were tied to alternative value-based payment models. Further, nearly all states now have plans to move to value-based models. Lin believes that the shift is underway to align social and clinical needs for better patient engagement. The vision is for social agencies and healthcare providers to better identify and coordinate innovative data platforms to deliver whole-person care in a value-based world.

According to a survey conducted by the Deloitte Center for Health Solutions, 80 percent of hospital respondents reported that leadership is committed to establishing and developing processes to systematically address SDoH needs as part of clinical care, according to Lin.

It should come as no surprise that engaging meaningfully with those below the poverty line can yield better results. Recent programs have demonstrated that among low-income communities worldwide, given the opportunity, people will make the right decisions to improve their social circumstances. The Atlantic cited a direct cash aid program in several countries, finding that households spent the money to increase vocational skills, training, and opportunity to work. In the U.S., a 2017 study published in Science Daily found that welfare helps people work, describing poverty as “a slow-motion trauma.”

This isn’t to say that past governmental anti-poverty programs haven’t yielded results. A 2017 study by the Economic Policy Institute found that government programs kept tens of millions out of poverty, citing falling poverty rates. Yet in 2017, poverty rates were still a full percentage point higher than the low of 11.3 percent achieved in 2000. Clearly, the social/health system can system benefit from change, and that includes soliciting input from recipients. As reported in July, a bipartisan bill, The Social Determinants Accelerator Act, would address whole-person care, non-medical factors that can improve health and well-being. It would allot $25 million for such demonstration projects.

But communities and organizations across the country don’t have to wait for federal legislation to take action. Many have already taken steps to address the social determinants of health within their own communities, leveraging data sharing and case management platforms such as Eccovia Solutions’ ClientTrack platform. As more and more communities take steps toward listening to those in need, coordinating between healthcare and behavioral health providers, as well as community resources, they put to the test the Anthem study’s conclusion: “Better understanding the perspective of individuals, including the (SDoH) barriers they encounter, can help payers and providers enhance health and healthcare.”