Seamlessly Connecting Service Providers across the State The Kentucky Office for Refugees (KOR) was established in June 2006 as a department of Catholic Charities of Louisville, Inc. KOR oversees the administration of a wide variety of essential services for refugees for the entire state of Kentucky, including employment help, case management, English
language learning, health screenings, and temporary financial assistance.

The staff at KOR understand the life-changing role they play in welcoming
refugees, helping them find a safe place to resettle, and providing case
management to track services and help them get on with their lives. Before
KOR implemented ClientTrack™ as their statewide database, all their services were documented on paper; a full-time data entry associate would manually enter everything into two different databases to comply with federal reporting requirements. As vital resources were being committed to this antiquated, time-consuming system, KOR was limited in the range and scope of services they could provide. Eccovia worked closely with KOR to design a tailored case management solution that could administer over ten sub-recipient agencies across the state and meet federal reporting requirements.

TARGETED CASE MANAGEMENT
KOR provides targeted case management for over 3,500 refugees each year.
This is a lengthy process which includes intake, assessment, and referrals to
programs such as those mentioned above, like temporary cash assistance, job placement, and referrals to English classes. To help make sure that these efforts are in fact helping refugees, and to identify gaps where needs are not being effectively met, KOR staff regularly follows up with placed refugees during the first crucial 240 days. With the aid of ClientTrack, KOR can make everyone’s data accessible to the different programs and providers involved in resettlement.

When everyone is plugged into the same system, individual agencies can
quickly enter client information, share data, and provide referrals for services. And through ClientTrack’s security controls, consent is captured early in the process, and the data is only available to those authorized to see it.

DATA YOU NEED, WHEN YOU NEED IT
Through ClientTrack’s data query tool Data Explorer, KOR can easily access a wealth of information without requiring programming resources to create a structured report. For example, the federal Office of Refugee Resettlement requires KOR to report on Refugee Cash Assistance, Refugee Social Services Programs, and Refugee Medical Assistance. Staff can now use a drag-and-drop query builder to quickly answer pressing questions, create an instant client query, and report on programs.

Additionally, KOR’s use of ClientTrack enables individual sub-recipient agencies to enter data and create their individual reports directly, rather than mailing, emailing, or faxing paperwork to KOR. The barriers separating community programs and resources are diminished as agencies across the state can spend less time working on reports and more time helping needy families in their communities.

INTELLIGENT WORKFLOWS
KOR uses ClientTrack to create and manage new forms, workflows,
and businesses rules. KOR is able to create fields in the database while
simultaneously creating the front-end form, and can create any report that the Federal government or any other agency may require. “Before ClientTrack, we were using paper forms. People were keeping massive Excel spreadsheets to track our clients,” said Kazim Noori, KOR’s Data Analyst. “Because ClientTrack has so many features, we can easily take paper forms and convert them into intelligent workflows. As our programs change, ClientTrack changes with us.”

One critical program for the refugees is workforce development. “KOR is a self-sufficiency program,” explained Koerner, “and as such, the ultimate indicator for success is how quickly refugees are able to find employment.” Utilizing ClientTrack’s toolset, KOR has set up special queries for internal vetting. This enables KOR to capture more job placements and take in better data overall.

FOCUS ON WHAT REALLY MATTERS
In spearheading this complex effort and bringing together the various agencies and providers of Kentucky to serve the refugees within its borders, KOR identified and executed a strategy to reduce its administrative burden and streamline the process of coordinating healthcare and services. The primary focus of care coordination should be on the individuals, not on filling out paperwork and hunting down rogue data points. Through ClientTrack, KOR has been able to keep that focus on the people they serve. They are better empowered to keep track of refugees and the key indicators of their progress as they make new lives for themselves.

“Data Explorer is wonderful. It allows us to run much better reports than in the past.”
Maria Koerner
Assistant Director
Kentucky Office for Refugees 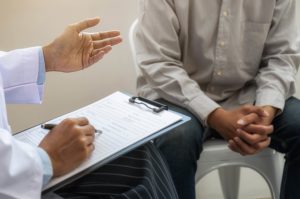 Is Your Program Screening for Mental Health?

Have you been screened for mental health? Despite its growing prevalence, mental and behavioral health are not often screened by healthcare providers. However, implementing these screenings into health and human service organizations can have profoundly positive effects for individuals and families. 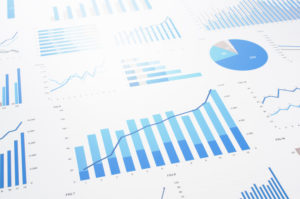 In an earlier blog from 2019, we outlined HMIS Data Standards and how they were changing. Now the changes have been made and it is time to reflect. 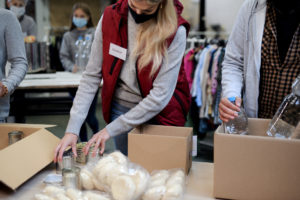 Food Insecurity is Rising. Can SNAP Meet the Challenge?

Hunger in the United States is rising, and food and nutrition services are looking to the Supplemental Nutrition Assistance Program (SNAP) for help. As the new administration is challenging lawmakers to increase the financial support for SNAP, food programs are hoping to see an increase in both benefits and eligibility.

Contact us today to learn how Eccovia can help you achieve improved outcomes for the people your organization serves.