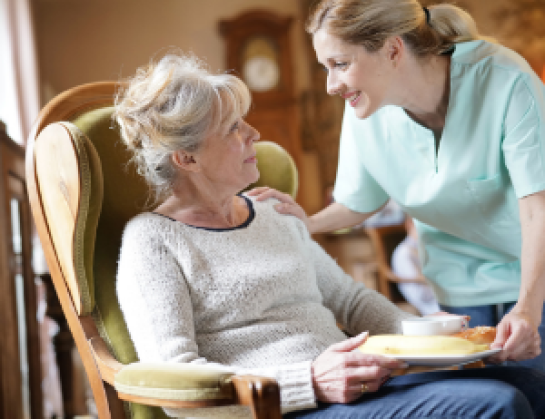 Over thirteen million American adults require some form of assistance to successfully function in their everyday life. Though there are many other options across the country, Medicaid is by far the number one payer in the United States for Long-term Service and Supports (LTSS) and so their models and policies have a resounding impact in the industry. Historically, institutional care such as nursing homes was the only option available for Medicaid paid LTSS. Then, in 1981, Section 1915(c) was added to the Social Security Act. This amendment provided states the option to develop Home and Community-Based Services (HCBS) through a waiver system. However, the eligible populations were very restricted in these early programs. As a result, institutional care remained the primary option for long term care.

Over the next several decades a number of laws were passed to expand the availability of HCBS for Medicaid enrollees. For example, in 2005 the Deficit Reduction Act allowed state Medicaid programs to incorporate HCBS into their available plans without a waiver. These changes fueled the development of HCBS plans so that by 2014, 53% of Medicaid LTSS spending was directed towards HCBS programs. However, Federal law still considers HCBS optional, unlike Medicaid funded nursing home care, and so what programs are available and who is eligible varies greatly from state to state.

All states have some form of HCBS that provides medical supplies, nursing services, and home health aide services. However, as services expand the variation expands with them. For example, only forty-six states offer physical, occupational, and speech/language therapies. Thirty-one states provide personal care services that include meal preparation and housekeeping, but only sixteen states have transportation services. Along with what services are available, states vary on where they allow services to be performed. Twenty-three of the states that provide personal care allow these services to be performed at a beneficiary’s work site, but only sixteen will provide them at a residential care or assisted living facility. There are also fifteen states that manage their HCBS programs through Section (i) instead of waivers, which means that they are part of their state Medicaid plan and cannot have cap enrollments or waiting lists.

Quality control is also something that varies between states, though most states rely on a variety of factors that include patient experience, patient engagement with the community, provider qualifications, enrollee health, and quality of life. In forty-four states, quality is tracked through independent programs, known as Ombudsmen Programs, that track patient complains as well as educate enrollees on their rights and responsibilities. There are concerns about the inconsistency in HCBS quality control. The National Quality Forum (NQF) has actually recommended that U.S. Department of Health and Human Services (HHS) develop a standardized assessment tool to ensure that individuals across the country are receiving adequate care and having their rights protected.

In January 2014 the Obama Administration released a Final Rule to outline regulations regarding eligibility and quality for HCBS programs. Included in this rule were guidelines to address the appropriate settings for providing HCBS. Specifically, that they cannot be provided in institution or “institution like” settings, which includes any setting where the patients are isolated from the broader community. Though the Final Rule was developed after five years of information gathering, the new rule still left questions and concerns about specific situations and environments that might be considered “isolating “and therefore not eligible for Medicaid HCBS funds.

To address these concerns, on March 22, 2019 the Centers for Medicare and Medicaid Services (CMS) released a letter to State Medicaid Directors that provides new guidance and clarification on HCBS eligibility and specifically what it means to be an isolating environment. The letter includes a Frequently Asked Questions (FAQs) section which addresses a number of specific questions that state Medicaid programs and LTSS providers have asked regarding these guidelines. For example, the new guidelines revise the definitions of what qualifies as an isolating environment. As part of these changes, they remove specific examples, such as farmstead communities, and provide states more flexibility in determining what an institution like environment entails.

In addition to the revisions and clarifications, the letter and FAQ explains that states will have the opportunity to independently identify and remediate settings that are considered isolating. The deadline for this opportunity is July 1, 2020, at which point any settings that are not in compliance will need to be referred to CMS for heightened scrutiny review. The final deadline for full compliance will be March 17, 2022.

Even though they are optional under Federal law, HCBS programs will continue to grow because they provide a number of advantages that institutions do not. For example, they are generally more cost effective. They are also preferred by most patients. Lastly, they improve long-term outcomes by allowing providers the flexibility to address issues when they first arise. This intervention can delay, or sometimes even prevent, the need for costly institutional care.