Hospitals Get Last Minute Reprieve from Medicaid DSH Cuts, But a Long-term, Value-based Solution is Needed 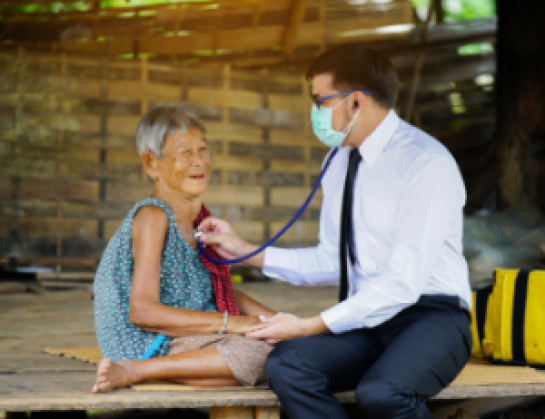 The Senate passed a continuing resolution halting this first installment of $44 billion in total cuts under a CMS final rule scheduled through 2025. The targeted hospitals, which have been dodging DSH cuts since 2013, are hoping to work out a new spending deal by November 21, 2019, when the Senate reprieve expires.

The cause of the continued DSH political maneuvering is feared “unsustainable” Medicare spending growth projected to reach $1 trillion by 2026. CMS wants to improve Medicaid financial integrity by giving states flexibility in rolling out value-based delivery models. Value in healthcare – or outcomes, as opposed to episodes of care – are driven by whole-person and community coordinated care to control spending and achieve better preventative health.

Key to this efficiency effort is improved data collection and sharing from all states. Better data fixes a host of performance issues, according to acting CMS deputy administrator Calder Lynch. This includes improving the medical/loss ratio reported by managed care plans. Inaccuracy on this metric is associated with higher inaccurate and unearned DSH payments under the current system.

“It’s a critical element for us to get a full picture of the quality of services that are being delivered,” Lynch said. But the data has its problems and “patience for complete and accurate Medicaid data is running out.”

Another problem that increases costs is that some states – especially where the federal government is paying most of the costs – are more likely to enroll people who are not eligible for Medicaid benefits, Lynch added.

Safety net hospitals are concerned. For example, Alameda Health System in Northern California would lose $20 million of its $90 million in DSH funding it receives annually. Overall, California would lose $330 million in 2020 DSH payments. DSH funding goes exclusively toward providing primary and preventive care for uninsured patients, according to Delvecchio Finley, Alameda Health’s CEO. The $4 billion in the proposed first-year cuts would have limited the system’s ability to provide care to its growing vulnerable patient populations.

According to a Modern Healthcare report, when the Affordable Care Act expanded access to health insurance, this was accomplished by increasing coverage for poorer and sicker populations through Medicaid. This is in contrast to the assumption of lawmakers when the ACA was passed that the legislation would lower uninsured care costs. At the time, the projection was that more people secure private market coverage, which would reduce the need for DSH payments.

The House is working on a long-term fix that would less severely reduce DSH cuts. But a successful strategy must find value-based solutions driven by data platforms; Medicaid spending must be brought under control through better delivery.

“Advancing Health IT is inextricably bound up with what may be the most important priority that HHS has today, which is transforming our healthcare system into one that pays for value,” HHS (which managed Medicaid and Medicare) Deputy Secretary Eric D. Hargan said. “Nowhere is that truer than with interoperability. It is actually impossible to move to a future health system, one that we need, one that pays for value rather than sickness, without a truly interoperable health IT system.”