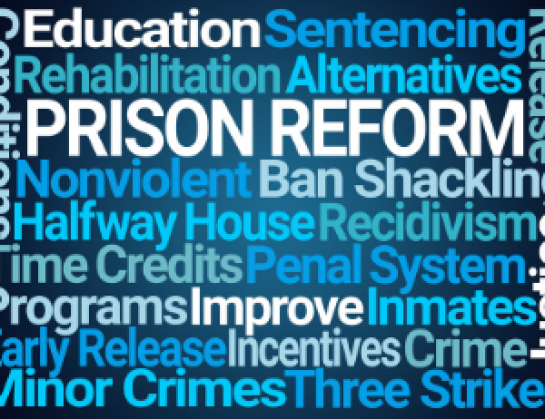 Recidivism is a major problem in America. In fact, research from The National Institute of Justice suggests 68% of released prisoners are rearrested within 3 years, 79% within 6 years, and 83% within 9 years.

Previous studies link an increased risk of reincarceration with trouble finding or maintaining work, but what about access to physical and mental health services? According to the results of a new, groundbreaking study conducted by researchers at Rutgers University–Camden and Temple University, these factors increase the chance that a formerly incarcerated individual will commit additional crimes and return to prison.

How does physical health impact recidivism?

The study, published in the journal Criminology, is the first of its kind to investigate how a person’s mental and physical health impacts their ability to stop committing crimes and reenter society successfully.

Researchers examined data from the Serious and Violent Offender Reentry Initiative (SVORI), a comprehensive set of statistics that tracked the mental and physical well-being of prisoners in 12 states, and these factors’ effects on employment, financial hardship, and recidivism.

The researchers hypothesized that physical health limitations would decrease the chance of employment. Arguing that a person living with a physical disability is also less likely to secure or maintain a job. To make matters worse, the majority of former prisoners take jobs in industries that require heavy physical labor like warehouse work and construction, which increases the risk of further injury.

What about mental health?

Researchers also found a link between poor mental health and reincarceration. Prisoners who report having depressive symptoms were more likely to report family conflict, another strong predictor of criminal behavior and recidivism.

Nathan Link, an assistant professor of criminal justice at Rutgers–Camden University, says these findings emphasize the need to focus on improving physical and mental health within the incarcerated population.

He notes, “If we don’t care about their [the prisoners] physical and mental wellbeing, this research shows that these individuals are more likely to go out and commit crimes and get reincarcerated. That doesn’t benefit anyone including their family members and taxpayers.”

The study concludes by making a few recommendations. For example, researchers say outcomes can improve by ensuring prisoners have access to a nutritious diet and regular exercise.

A team of Yale researchers, led by Emily Wang, M.D, conducted a study published in the medical journal BMJ Open. The study analyzed data on nearly 200 prisoners recently released from incarceration in Connecticut. Half of the prisoners received healthcare at a Transitions Clinic and the other half received access to primary care, but not at Transitions.

Why are Transitions Clinics so successful?

Transitions Clinics are unique in that they employ community health workers with histories of incarceration. These employees work directly with recently released prisoners, attending appointments to address social, employment, and housing challenges.

By providing prisoners access to social support and community workers who understand their situation, there’s a much lower risk of both substance abuse, mental health issues, and reincarceration.

Scientists say the transitions Clinics model is promising, but more research is needed to determine if it provides similar outcomes in different settings. One thing is certain, though: investing in community care coordination can significantly reduce the cost of incarceration.

As you can see, physical and mental health directly impacts prisoner reentry outcomes and recidivism rates. By addressing the social determinants of health (SDoH) and focusing on all aspects of an individuals’ health and well-being, achieving more positive outcomes is possible.