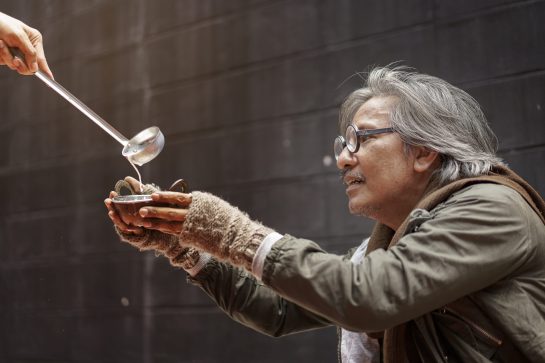 U.S. health expenditures are continually on the rise. The majority of healthcare spend comes from a small portion of the population that are struggling to meet basic means of survival. Identifying the root needs of these individuals is critical in combating rising expenditures and the needs of afflicted individuals.

One of the most debated subjects surrounding U.S. politics, government, economy, and welfare is the country’s healthcare system. With the United States spending more per capita on healthcare than any other nation in the world, one would expect health outcomes to be very high. However, the reality is that actual health outcomes—e.g. life expectancy, infant mortality, death rates related to congestive heart failure and diabetes, etc.—have been improving at a lower rate than most other countries.

U.S. health expenditures have been growing at a steady rate since before the 1960’s, with few plateaus offsetting growth. A recent Brookings report on healthcare expenditures noted,

But one of the most important factors, in all actuality, is approximately just 5% of the U.S. population who are responsible for 50% of healthcare expenditures. This 5%, often termed “super-utilizers,” generally represents individuals who have complex health problems, often coupled with deficiencies in the social determinants of health (SDoH)—aspects of one’s life and environment that are known to impact overall health and wellbeing that cannot be treated in a hospital, including housing and financial security, access to transportation, language barriers, diet and access to high-quality food, water quality, education, and much more. Additional concerns for this population are exacerbated by the rising concern and effect of COVID-19 on disparaged groups. In order to address the rising health expenditures in the US, the SDoH and overall care/health of the 5% must be remedied.

One of the primary deficiencies for the 5% is the deficiencies in the SDoH. Addressing the 5% by each SDoH on an individual basis only puts a bandaid on a much larger problem—giving food to an individual suffering from health, housing, employment, and food instability only addresses a fraction of their issues and fails to remedy the other factors contributing to their overall poor state.

To remedy this, many have been developing programs designed to address all aspects of an individual’s health, treating the whole person rather than only isolated aspects of their condition. This concept of Whole Person Care (WPC) has been steadily gaining traction across the country. For example, in California, several counties have enacted or are enacting dedicated WPC programs, with provisions for:

Efforts such as these to address WPC are paramount in addressing the real needs of the 5%, and by meeting their needs and fundamentally addressing the root causes of their circumstances, can prove critical in reducing overall healthcare costs. As part of these efforts to target the 5%, it’s critical that centers/programs/healthcare providers communicate and coordinate together to prevent the information siloes that frequently fragment and hinder meaningful solutions. Care coordination platforms, such as ClientTrack© by EccoVia Solutions, allow providers and organizations to effectively share data, track client status, and coordinate care efforts, greatly facilitating such efforts and contributing to their success.

To learn more about ClientTrack and its features, click here.