Wondering What The AHCA Bill Means For You? We Have Answers 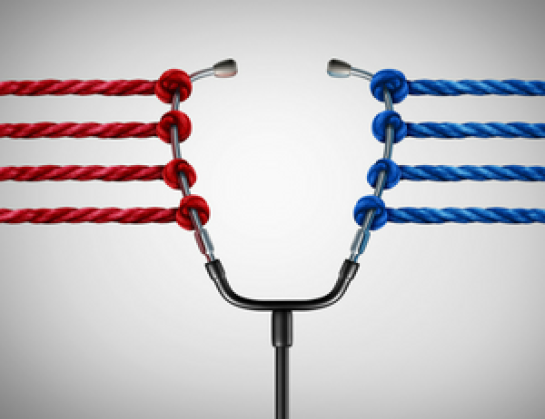 Understanding healthcare legislation can feel daunting, and lead to a whirlwind of confusion and questions. With the recent passage of the American Health Care Act (AHCA), healthcare is once again at the center of politics. As lobbyists, politicians, and businesses all jockey for influence, health and human service leaders are left wondering what the changes could potentially mean for their organizations and programs, and for the future of the US health system.

In order to help clear up some of the confusion, we have compiled a helpful reference for understanding the proposed changes to healthcare legislation under the ACHA. Before assessing the potential affects the AHCA will have, it is important to remember that the bill as passed must still be ratified by the Senate. Ratification in that chamber appears highly unlikely without major modifications to the AHCA in its current state. Many senators will likely heed the concerns of their constituents in modifying the legislation.

Among Americans’ greatest concerns are how individuals with pre-existing conditions will fare under the AHCA. While President Trump and most Republican representatives have publicly promised that pre-existing conditions will continue to be covered, the details of the AHCA appear cloudy on how that promise will be kept. Additional concerns have been raised by AARP and other organizations representing senior citizens, as questions have arisen about how Medicare and Medicaid will be affected. The following are some highlights of the pertinent information currently available. 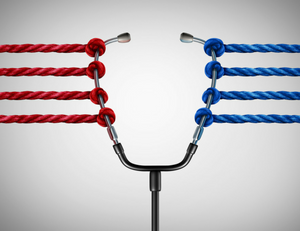 On March 13, a 37-page analysis on the ACHA was released by the Congressional Budget Office (CBO) and Joint Committee on Taxation (JCT). Below are some of the key findings from their analysis:

The AHCA would phase out Medicaid expansion that some states participated in under the ACA. This would occur after 2020. Of the 31 states that expanded Medicaid to low-income adults, many would likely end further expansion under the AHCA due to limited financial capacity. Approximately 14.5 million adults received coverage due to the Medicaid expansion of the ACA, made possible by $73 billion in federal funding. States that continue to participate would have to make up the difference for the dollars they would lose in federal funding.

While the CBO projects that five million fewer people would be enrolled in Medicaid by 2026 due to restrictions states will make to cover financial shortfalls, several states have already considered ending the Medicaid expansion program based on budget shortfalls already occurring, even under the more generous subsidies provided by the ACA. In Oregon, lawmakers recently considered capping their expansion at 350,000 enrollees to help close a $1.6 billion budget shortfall over two years.

At the heart of the most major changes are questions of funding. For example, the AHCA still aims to cover individuals with pre-existing conditions by creating high-risk pools. As part of the AHCA, states can apply for a waiver that would allow insurance providers to charge more for people with pre-existing conditions whose insurance coverage lapses for a minimum of two months. The bill would set aside $23 billion to assist those individuals in purchasing coverage and place them in a high-risk pool.

High-risk pools existed in 35 states before the Affordable Care Act passed in 2010. Enrollees paid on average 1.5 to 2 times more in premiums. 33 of the pools had lifetime payout limits, most between $1 and $2 million. Some groups, including Avalere Health, believe the amount set aside in the AHCA will not be enough to maintain these same figures, at least after 3-5 years. Depending on how many states apply for waivers, the funds may be depleted quicker than anticipated. Health and Human Services (HHS) must approve the state waivers, and if funds are being drained too quickly they may resort to rejecting applications.

A number of people with pre-existing conditions whose coverage lapses for more than two months is expected to be significant, particularly among the elderly population who often work seasonal or temporary jobs.

Higher amounts of reinsurance lead to less risk for insurance companies and lower premiums to clients. Under the ACA, $24 billion for reinsurance was provided for the first 3 years, while the AHCA includes $100 billion over nine years.

One area that may not be affected much by the AHCA is home health. Kindred Healthcare, the nation’s largest home health provider, does not anticipate any negative fallout if the AHCA becomes law. They believe the trend towards home care has occurred independent of any specific legislation or insurance policies, and will continue to remain unaffected by the AHCA as it was largely untouched by the regulations of the ACA as well.

While this analysis of the AHCA is far from exhaustive, and includes estimates based on generalized predictions, we feel it is a good overview of the changes we can expect if the AHCA is passed by the Senate. While the fate of the AHCA is still uncertain, going forward it is fairly likely that health and human service organizations will have to do more with less and will need to be innovative in order to achieve the triple aim – improved patient outcomes, improved patient experience, and reduced costs. We will continue to provide updates on the AHCA and other potential changes for HHS as they are released.