Why States Need Medicaid Waivers to Fight the Opioid Crisis 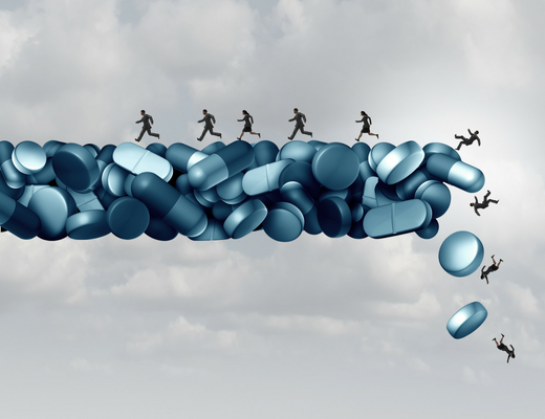 Recent news regarding life expectancy in the United States drives home the urgency of the opioid drug crisis. More than 42,000 Americans died of opioid overdoses alone in 2016, a 28 percent increase over 2015. For the first time since 1962-63, life expectancy in the United States has fallen for two consecutive years. The most recent data from 2016 shows that the number of people who fatally overdosed on fentanyl and other synthetic opiates increased from 9,580 in 2015 to 19,413 in 2016. Deaths due to heroin were up nearly 20 percent, and deaths from other opioid painkillers such as hydrocodone and oxycodone were up 14 percent.

Due to these spikes, overall life expectancy dropped by a tenth of a year, from 78.7 to 78.6. It fell two-tenths of a year for men, who have much higher overdose death rates, and held steady for women at 81.1 years.

The Opioid epidemic is one aspect of the healthcare debate that has garnered bipartisan support from Washington as they strive to empower medical professionals in making treatment available and affordable to those who need it. In our recent blog article on Section 1115 waivers, we looked at how these waivers can be used in helping those struggling with Substance Abuse Disorder (SUD) and Opioid Use Disorder (OUD). We discussed the option that each state has in creating a unique demonstration project to address the needs of their SUD and OUD populations. 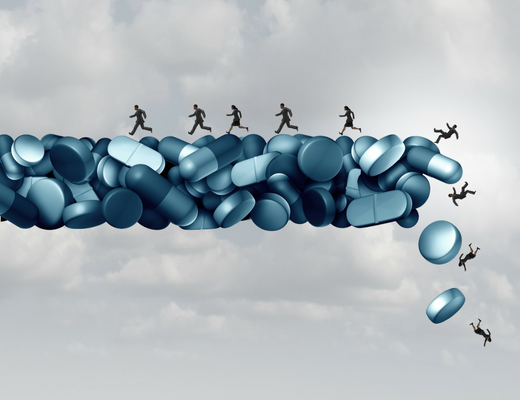 The two most recent states to receive approval for waivers are Utah and New Jersey. By approving these waivers, the Centers for Medicare and Medicaid Services (CMS) ends a 50-year-old ban on paying for inpatient addiction treatment at large facilities. New Jersey and Utah will now be able to start using Medicaid for that purpose in January.

Shortly before the approval of their waivers, President Trump declared the opioid epidemic a public health emergency in October, strengthening and expanding the administration’s plan to grant states more flexibility with their Medicaid programs. CMS administrator Seema Verma praised these steps, declaring “The Trump administration’s approach reflects the pressing nature of the issues states are facing on the ground.” She acknowledged that previous policies, while well intentioned, have simply struggled to keep pace with the rapid increase in the severity of the crisis.

Additional praise for these efforts came from Gary Herbert, Utah’s governor. His praise specifically focused on the benefits this will have on the homeless population, another topic recently discussed as countries across the globe combat this growing problem. Gov. Herbert praised the approval of Utah’s waiver as enabling the state to “address the specific challenge of extending health care coverage—including substance abuse and mental health services—to the homeless population.”

The waiver approved for Utah is a limited Medicaid expansion to include 6,000 childless adults who are homeless or a part of the criminal justice system and in need of substance abuse treatment. Newly eligible participants cannot earn more than 5% over the federal poverty level. Utah’s original proposal included some elements not covered by the waiver approval, such as a work requirement and limits on the number of months participants could remain eligible for coverage.

New Jersey’s waiver approval enables them to use Medicaid funds to pay for residential withdrawal management treatment, medication-assisted treatment, peer support groups, and targeted case management. New Jersey has been at the forefront of the fight against the opioid crisis, with their governor, Chris Christie, chairing the president’s anti-addiction commission.

Robert Budsock, CEO of treatment provider Integrity House, said of the waiver approvals, “It’s huge…if you have someone who is uninsured or on Medicaid, there are not many residential treatment beds available.” New Jersey received approval in July to place Medicaid patients in treatment facilities, but the state was paying their full cost. By September, 41,000 Medicaid patients were receiving SUD treatment, all paid for by the state. With their recent waiver approval, they will now receive assistance from the federal government in offsetting treatment costs.

Despite these highly impactful improvements in treatment, some specialists warn that the problem of abusive behavior in the first place will likely increase. “It’s even worse than it looks,” said Keith Humphreys, an addiction specialist at Stanford University. Given that research has shown official figures could be undercounting the true number of opioid deaths by 20 percent or more, “we could easily be at 50,000 opioid deaths last year,” he said. “This means that even if you ignored deaths from all other drugs, the opioid epidemic alone is deadlier than the AIDS epidemic at its peak. My guess is that when all of the data are in that the [2017] trend line will be at least as steep as for 2016, if not steeper,” Anderson said.

Unity in acknowledgment of this crisis across all states and parties should be a source of optimism for all of us. This harmony in purpose has already strengthened and expanded the tools we are being given to combat this epidemic in our own states, and in our own unique ways. Focusing and fighting together in our battle against OUD and SUD will yield better care, greater access, and more affordability for those who need it most.