Regulations Regarding Pricing Transparency in Hospitals 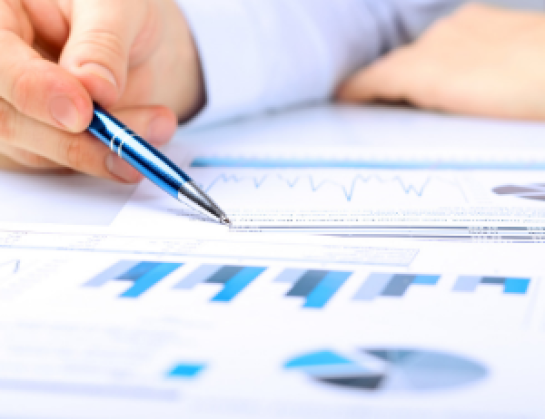 The lead federal agency, Health and Human Resources (HHS), which administers as Medicare and Medicaid, rolled out new regulations this month intended to help patients make more informed decisions regarding their healthcare costs.

The regulations would approach the issue from two directions: The first rule would require hospitals to publicly reveal discounted prices negotiated with private insurers. The second rule, expanding on a consumer tool announced last summer by the Centers for Medicare and Medicaid (CMS), would publish pre-discount “sticker prices” by 2021 for 300 common procedures, such as hip replacement and tonsillectomy.

“American patients have been at the mercy of a shadowy system with little access to the information they need to make decisions about their own care,” said Health and Human Services Secretary Alex Azar Friday, as reported in HealthData Management.

Meanwhile, insurers and healthcare providers, such as hospitals and outpatient surgery centers, are pushing back, threatening legal action. Industry experts and academics come down on both sides of the issue, with studies weighing the pros and cons of increased price and negotiated hospital-insurance rate transparency.

According to a 2017 Health Affairs survey, Americans understand that there is a wide variation in healthcare pricing. And patients have cause to welcome the announced rules; out-of-pocket spending increased by 41 percent between 2010-2014 in high-deductible employer and Affordable Care Act plans. The majority of those surveyed agree that it’s important to price shop, but obtaining such information is difficult, according to the findings. Another recent study published in the American Journal of Managed Care found that of more than 140 million plan members across 33 different commercial plans, only two percent of patients used available price transparency tools, which do not include negotiated rates.

The announced rules, according to HHS, will drive down costs. The reasoning is that as patients are increasingly paying more of the costs out-of-pocket, they are financially motivated to seek out pricing information. With the improved price transparency rules, the tens of millions of patients who seek care every year can be a potent force for change.

Some providers have already taken the lead on price transparency. Texas Free Market Surgery (TFMS) in West Hills Lake, TX, was founded on a Mission of “deliver[ing] the highest quality care at the lowest possible price.” Their site is stacked with testimonials of satisfied patients in support of price transparency, whole person care by a coordinated team, and limited billing and paperwork. But to roll out the same innovative model nationally won’t be easy, according to Rick Schultz, Chief Medical Officer at TFMS.

“This is going to be a fight. This is very disruptive,” said Schultz in the same phone conference in which Azar spoke.

In another example, a study conducted by the Harvard T. J. Chan School of Public Health concluded that healthcare transparency could lower costs 9–12.8 percent. The study, published in the September issue of Health Affairs, predicted the savings based on the combined ability of policymakers and insurers to steer patients to lower-price providers and set ceiling prices for medical care. The study also noted that states are already increasingly enacting laws to require providers (hospitals and doctors) to disclose prices or submit the information to state-run databases.

Hospitals and insurers were quick to charge that the two new rules will increase costs to patients. They say they will legally challenge the presidential executive healthcare orders—which have not fared well in the courts of late.

Another industry executive, Matt Eyles, President and CEO of America’s Insurance Plans, agreed the new rules would hurt consumers. He said that “disclosing privately negotiated rates will reduce incentives to offer lower rates, creating a floor – not a ceiling – for the prices that hospitals would be willing to accept.”

While executive discourse might sound self-serving, their position is supported by a 2015 blog post by the Federal Trade Commission, as reported by Politico. The blog stated that transparency “is not universally good … (as) some types of information are not particularly useful to consumers but are of great interest to competitors. We are especially concerned when information disclosures allow competitors to figure out what their rivals are charging, which dampens each competitor’s incentive to offer a low price, or increases the likelihood that they can coordinate on higher prices.”

Indeed, a Wharton School research paper of 775 hospital purchasing data found that hospitals weren’t able to achieve much in the way of cost savings – just slightly less than four percent – with transparency pricing. When asked about the new HHS rules, Wharton’s Matthew Grennan, stated that the impact of the order is challenging to assess.

“It is difficult to imagine that consumers, with all their flaws and all their lack of information, would respond to this. Such information is already available at hospitals for patients who want it,” said Grennan.

Another factor is that patients tend to follow their physicians’ preferences in where to seek inpatient and outpatient services, which is determined by individual practice patterns not necessarily driven by cost saving economics. This gatekeeper reality has always existed in the patient-doctor relationship. It may difficult to unwind it with presidential orders. A recent Wharton article noted that “health care is an expert service.”

Wharton’s Atul Gupta explained because the quality of care may not be equal across all providers, and some hospitals have a better reputation than others, a patient usually goes with their doctor’s advice.

As it stands, there remains a debate about what impact these new rules might have, whether they will successfully increase transparency and help patients to make healthcare decisions that will give them the highest quality care at the lowest cost, or whether unintended consequences of the rules might interfere with the private market and result in increased prices all around. Going forward, it will be interesting to watch how the implementation of and resistance to these rules unfolds.