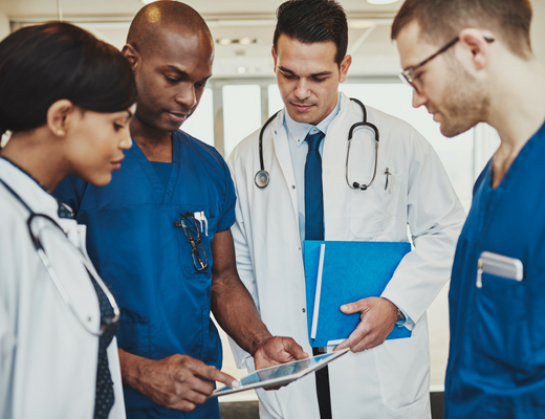 In 2017, the Department of Health and Human Services (HHS) announced it would take steps to identify regulatory requirements that act as obstacles to coordinated care by examining certain federal regulations preventing providers and health care organizations from coordinating care for patients. Now, almost two years later, HHS, the Centers for Medicare and Medicaid Services (CMS), and the Office of the Inspector General (OIG) have released their proposed rules, revising the federal self-referral “Stark Law” regulations, the civil monetary penalty law (CMP) for beneficiary inducements, and the safe harbors under the federal anti-kickback statute (AKS). These proposed rules are key components of HHS’s Regulatory Sprint to Coordinated Care.

Let’s take a closer look at changes HHS has made, their impact on coordinated care, and how these proposed rules work to treat the whole person.

The proposed rules, released on October 19, 2019, work to improve quality and health outcomes by accelerating America’s transition to a health care system that rewards value while promoting care coordination. They cover an array of topics, but most importantly they modify existing safe harbors to the Anti-Kickback Statute (AKS). New safe harbors would be created for:

Additionally, the OIG’s proposed rules would revise a handful of existing safe harbors:

Pursuant to the Trump administration’s goals, HHS Deputy Secretary Eric Hargan describes the changes as “part of a much broader effort to update, reform, and cut back our regulations to allow innovation toward a more affordable, higher quality, value-based healthcare system, while maintaining the important protections patients need.”

Most notably, the new value-based exceptions to the Stark Law are intended to provide meaningful protection while giving healthcare providers and physicians added flexibility to increase quality of care and provide improved patient outcomes. CMS also acknowledges that “incentives” as defined under the original law are different in a VBC system compared to the traditional pay-per-service (PPS) model.

“The Stark proposed rule is an important next step in President Trump’s healthcare agenda for Americans,” adds CMS Administrator Seema Verma. “We are updating our antiquated regulations to decrease burden for providers and helping bring down these increasingly escalating costs.”

Of course, the providers transitioning to VBC take on inherent financial risks. To this end, the rules would facilitate care coordination and provide greater certainty for participating health care organizations, which would be accomplished by making compliance easier for providers and by maintaining strong safeguards to protect patients and to prevent fraud and abuse.

And while there is no legal requirement to be a part of these safe harbors, it is hoped that expanding the definition of permissible activity for value-based arrangements will foster creativity and innovation. In addition, these proposed rules make it easier for post-acute care providers to collaborate with discharge sources and payers to increase whole-person care.

Further, by redefining current safe harbors and creating new ones, the changes aim to encourage sharing care coordinator costs amongst providers on a commercially reasonable basis. Meanwhile, value-based care, data sharing, and patient activities that could not fit under existing protections might now be protected.

For all the intended benefits, however, it’s possible that new issues may arise as a result of the proposed rule change. While the change is expected to provide increased flexibility, OIG’s proposed safe harbors are quite different, and in many cases, more restrictive than CMS’s. For example, when applying safe harbors to characterize patient education as care coordination, providers run the risk of being penalized for patient recruitment. Further, the newly proposed definition of “rebasing” might prompt providers to steer clear of VBC programs altogether, introducing a new challenge and a potential “race to the bottom.”

In sum, HHS and the OIG’s proposed rules could contribute significantly toward facilitated community care coordination, post-acute care, value based care, and whole person care, but challenges remain. Of course, nobody knows their own needs better than themselves, and to that end, physicians, hospital administrators, and other stakeholders are encouraged to comment on these proposals. The public comment period will remain open until December 31, 2019.