A Run Down On What Is Happening With 1332 Waivers 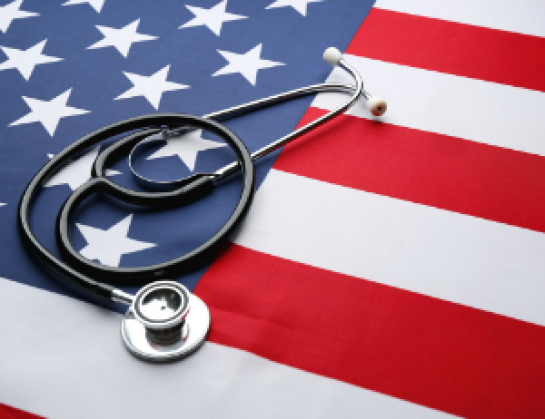 Section 1332 of the Affordable Care Act (ACA) authorizes state innovation waivers. These waivers allow states to experiment with different methods of health coverage as long as they meet the basic minimum requirements as defined under the law.

On May 1, 2019, in an effort to encourage more participation in the 1332 waiver process, The Centers for Medicare & Medicaid Services (CMS) and the Department of the Treasury issued a request for information seeking ideas for additional Section 1332 waiver concepts.

The original Section 1332 waiver guidance required all waivers to adhere to a set of four so-called guardrails:

In addition, standards were established to evaluate whether or not waivers met those guidelines. Including:

The standards to evaluate whether or not applications meet these guardrails have also been updated. Now:

The Trump administration’s new guidance encourages states to innovate and provide affordable health coverage to their populations, but it also presents uncertainty. It’s unknown how the updated 1332 waiver guidance will impact healthcare as a whole, but a report from the Henry J. Kaiser Foundation suggests there are both pros and cons to consider.

For example, one of the four new waiver concepts released by CMS describes restructuring subsidy eligibility programs to make premiums cheaper for young adults. Implemented correctly, programs like these could significantly lower health insurance premiums and increase participation in the health insurance marketplace.

On the other hand, the new guidance allows states to set up and subsidize parallel insurance markets that include short-term policies with less overall coverage. Some argue this change will divide the risk pool, making it even more difficult for people with pre-existing conditions to receive coverage.

Additionally, there’s a concern the new waiver guidance will weaken the healthcare marketplace as a whole. Currently, ACA marketplaces must provide a “no-wrong-door” avenue for patients seeking information regarding tax credits and eligibility. Under the new guidance, private providers may choose to limit or end these services entirely.

States Participating In The 1332 Waiver Program

Seven of these states used their 1332 waivers to receive federal pass-through funding, allowing the implementation of reinsurance programs that reimburse insurers for certain high-cost claims.

Iowa and Idaho took a different approach with unsuccessful results. In 2017, Iowa submitted a 1332 waiver application that would have significantly changed the state’s insurance marketplace. These changes included:

CMS said the plan wouldn’t be accepted and Iowa ultimately withdrew its application.

Idaho submitted a proposal without a 1332 waiver. CMS determined the plan wasn’t compliant with the ACA, but in a letter to the governor stated: “with certain modifications, these state-based plans could be legally offered under the [federal law’s] exception for short-term, limited-duration plans.”

A growing number of states are preparing 1332 waivers, but there’s still confusion and uncertainty regarding the new guidance. On July 1, 2019, CMS issued a new set of resources to help states better navigate the process, a direct response to their RFI two months earlier.

Whether or not states will use take advantage of this waiver guidance is up in the air, but by establishing a set of rules, state officials now have the ability to make changes, via waivers, to the ACA.